“A voice of weeping heard, and loud lament“: The Death and Re-branding of Ancient Celebrations

THE great power which the Druids exercised over their people interfered with the Roman rule of Britain. Converts were being made at Rome when emperor Augustus forbade Romans to become initiated, Tiberius banished the priestly clan and their adherents from Gaul, and Claudius utterly stamped out the belief there and put to death a Roman knight for wearing the serpent’s-egg badge to win a lawsuit – a serpent’s-egg badge was an item of identification for an ancient Gaelic order of priests and sorcerers. Forbidden to practice their rites in Britain, the Druids fled to the isle of Mona, near the coast of Wales. The Romans pursued and slaughtered them in 61 AD. Not stopping there, the Romans proceeded to cut down the oak groves. During the next three centuries the cult was stifled to death to be substituted by the Christian religion.

And the resounding shore

A voice of weeping heard, and loud lament.

From haunted spring and dale,

The parting genius is with sighing sent.

The nymphs in twilight shade of tangled thickets mourn.”

The miraculous power that the druids seemed to possess was rebranded as “black magic.” 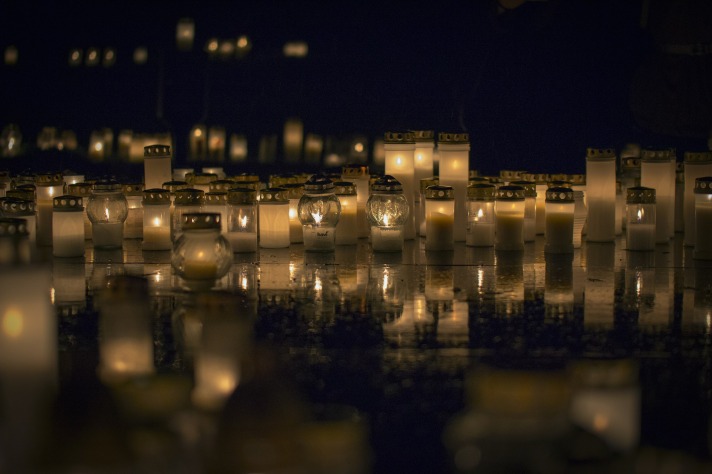 It was a long, hard effort to make people see that their gods had all the time been wrong, and harder still to root out the centuries old rite and symbol. Therefore, the old religions were never completely eradicated – they were rebranded and given new names. Midsummer was dedicated to the birth of Saint John and Lugnasad, the feast of the marriage of the ancient god Lugus, became Lammas. Although the fires belonging to these times of year were retained, their old significance was  reconsecrated or forgotten completely. The rowan, or mountain ash, whose berries had been the food of the Tuatha, now exorcised those very beings. The fires which had been built to propitiate the god and consume his sacrifices to induce him to protect them were now lighted to protect the people from the same god, declared to be an evil mischief maker. In time, the autumn festival of the Druids became the vigil of All Hallows or All Saints’ Day.

All Saints’ was first suggested in the fourth century in memory of all the saints, since there were too many of them for each to have a special day on the church calendar. A day in May was chosen by Pope Boniface IV in 610 for consecrating the Pantheon, the old Roman temple of all the gods, to the Virgin and all the saints and martyrs. Pope Gregory III dedicated a chapel in St. Peter’s to the same, and that day was made compulsory in 835 by Pope Gregory IV, as All Saints’. The day was changed from May to November so that the crowds that thronged to Rome for the services might be fed from the harvest bounty.

In the tenth century, St. Odilo, Bishop of Cluny, instituted a day of prayer and special masses for the souls of the dead. He had been told that a hermit dwelling near a cave

“heard the voices and howlings of devils, which

complained strongly because that the souls of

them that were dead were taken away from

their hands by alms and by prayers.”

This day became All Souls’. It is appropriate that the Celtic festival when the spirits of the dead and the supernatural powers held a carnival of triumph over the god of light, should be followed by All Saints’ and All Souls’. The church holy-days were celebrated by bonfires to light souls through Purgatory to Paradise, as they had lighted the sun to his death on Samhain. On both occasions there were Prayers – the pagan prayed to the lord of death for a pleasant dwelling-place for the souls of departed friends, and the Christian prayed for their speedy deliverance from torture. They both celebrated death – death of the sun, of mortals, of harvest, of crops, of sacred memories.