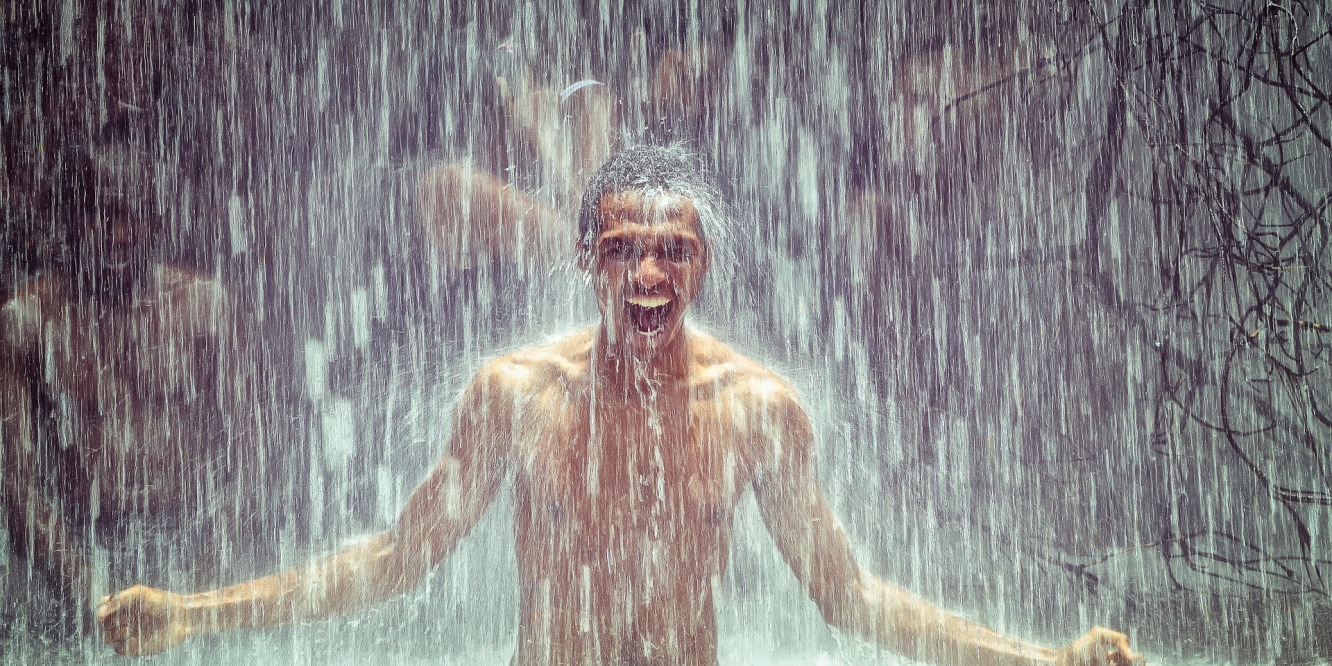 In a country such as Mexico, where the success or failure of the crops depends entirely upon the rainfall, Tlaloc, the Rain God, was a deity of high importance. He made his home in the mountains which surround the valley of Mexico, as these were the source of the local rainfall, and his popularity is vouched for by the fact that sculptured representations of him occur more often than those of any other of the Mexican deities.

Tlaloc is interesting. He is similar to such deities as the Hurakan of the Kiche of Guatemala, the Pillan of the aborigines of Chile, and Con, the thunder-god of the Collao of Peru. The small difference between Tlaloc and these other gods is that his thunderous powers are not so apparent as his rain-making abilities.

Tlaloc is generally represented in a semi-recumbent attitude. His upper body were raised upon the elbows, and his knees were half drawn up, probably to represent the mountainous character of the country where the rain came from. He was married to Chalchihuitlicue (Emerald Lady), who bore him a numerous children, the Tlalocs (Clouds). Many of the figures which represented him were carved from jade, to typify the colour of water, and in some of these he was shown holding a a serpent of gold to typify the lightning, for water-gods are often closely identified with the thunder, which hangs over the hills and accompanies heavy rains.

Tlaloc manifested himself in three forms, as the lightning-flash, the thunderbolt, and the thunder. Although his image faced the east, where he was supposed to have originated, he was worshipped as inhabiting the four cardinal points and every mountain-top. The colours of the four points of the compass, yellow, green, red, and blue, where the rain-bearing winds come from, entered into the composition of his costume, which was further crossed with streaks of silver, typifying the mountain torrents. A vase containing every description of grain was usually placed in front of his idol, an offering of the growth that, hopefully, he could make more fertile.

Tlaloc lived in a watered paradise called Tlalocan (The Country of Tlaloc), a place of abundance where those who had been drowned or struck by lightning or had died from dropsical diseases enjoyed eternal bliss. The common people who did not die such deaths went to the dark abode of Mictlan, the all-devouring and gloomy Lord of Death.

In manuscripts, Tlaloc is usually portrayed as having a dark complexion, a large round eye, a row of tusks. Over his lips was an angular blue stripe curved downward and rolled up at the ends. The later character is supposed to have been evolved originally from the coils of two snakes, their mouths with long fangs in the upper jaw meeting in the middle of the upper lip. The snake, besides being symbolised by lightning in many American mythologies, is also symbolical of water, which is well typified in its sinuous movements.

The Nahua believed that the constant production of food and rain induced senility in those deities who were providing them. In trying to stave this off, the people offer the gods a period of rest and recuperation. Once in eight years a festival called the Atamalqualiztli (Fast of Porridge-balls and Water) was held, during which every one in the Nahua community returned for the time being to living primitively. Dressed in costumes representing all forms of animal and bird life, and mimicking the sounds made by the various creatures they typified, the people danced round the teocalli of Tlaloc to entertain him after his labours in producing the fertilising rains of the past eight years. A lake was filled with water-snakes and frogs, into which the people plunged, catching the reptiles in their mouths and devouring them alive. The only grain food which could be eaten during this season of rest was thin water-porridge of maize.

Should one of the more prosperous peasants or yeomen felt that a rainfall was necessary for the growth of his crops, or should he fear a drought, he sought out one of the professional makers of dough or paste idols to mould one of Tlaloc. He would then make offerings of maize-porridge and pulque to this image. Throughout the night the farmer and his neighbours danced, shrieking and howling round the figure for the purpose of rousing Tlaloc from his slumbers. Next day was spent in rest after the exertions of the previous night.