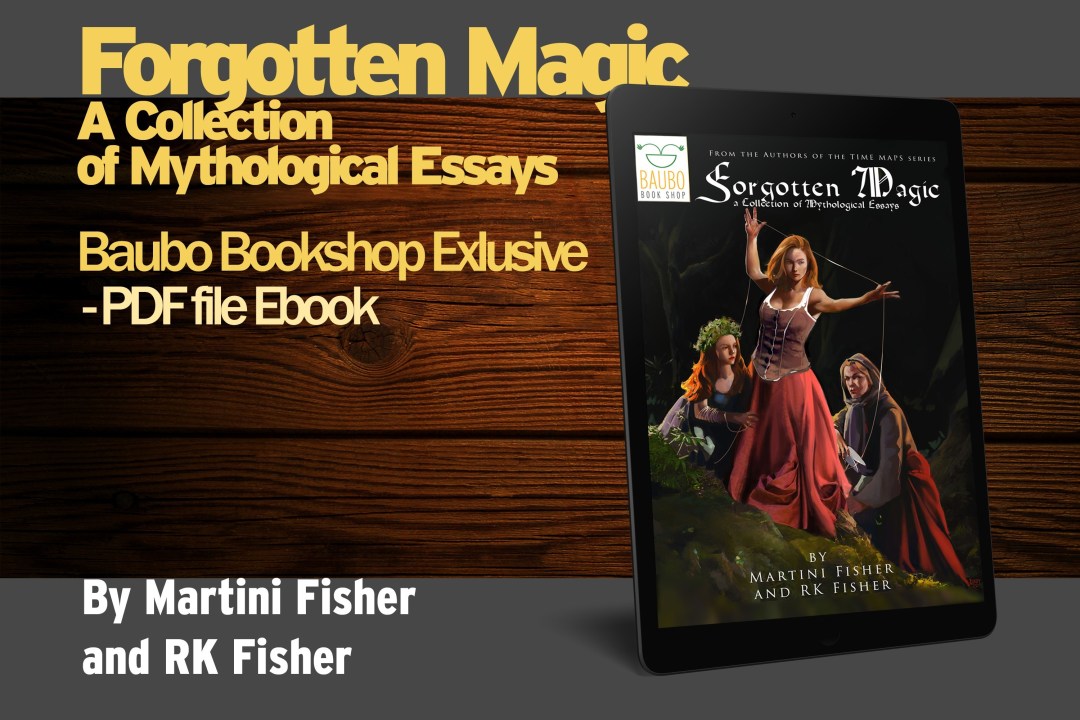 I am sure it is not a secret by now that I am passionate about mythology and ancient history. However, it has also been a long standing dream of mine to have a little bookshop that deals especially with these subjects where I can choose stories, books and artworks that I like to then repackage and reproduce them to a wider audience.

That dream has now come true and I am the curator of this little online bookshop called Baubo Bookshop. The story behind the name comes from a now forgotten legend which says that when the world was dying as Demeter, the goddess of the harvest, was desperately looking for her lost daughter, she met a woman named Baubo. Baubo told her a secret, made Demeter laugh and the world was saved as Demeter gained the strength to continue her search. What little we know about this story are remnants of ancient ritual of being together, sharing our hearts, laughing ourselves silly until we feel alive again to go and share this energy with the rest of the world.

That is the whole philosophy of this bookshop. We would like to give our readers the space to go back to the ancient legends whether it is to learn, to relate or simply to enjoy the stories that have given learning and entertainment to our ancestors for thousands of years.

The artist responsible for the artworks you see on the Baubo Bookshop website is ROOSDY, a specialist of concept art, digital painting and commercial storyboarding. He takes inspiration from such classical painters as William Adolphe Bouguereau, Jean-Leon Verso, Edmund Leighton, Paul Delaroche and Frank Dicksee, and hopes to bring classical realism to modern commercial art and literary adaptations. His artwork is everywhere so do visit his pages sometime.

We add two affordable books on a monthly basis and we always add to our art page. For now, you can find our artworks and merchandise at Society6.

As an introduction to our new endeavour, “Forgotten Magic: A Collection of Mythological Essays” by Martini Fisher and R. K. Fisher is now available exclusively on Baubo Bookshop. This book is a compilation of blogs by me and notes by R.K. Fisher ranging from such serious topics such as the power of laughter and the philosophy of tickling. Also included in the book are writings from R.K. Fisher on topics such as the analysis of Santa Claus and the myth of chivalrous knights.

The artwork for this cover is also available in our Society6 store.

Join in the fun and get the book this month. It’s on a discount for the whole of April.