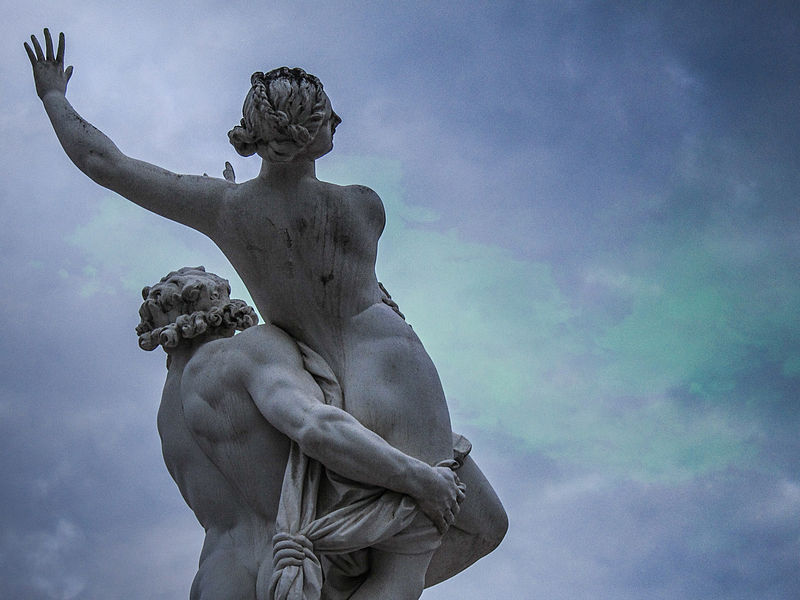 We often hear something being dismissed as “just a myth” to imply that it is not true. In fact, “myth” and “truth” are often seen as opposites. If it is not analysed, written down in reports and be seen or heard, then it is a myth (“pics or it didn’t happen!” as young people like to say). For many, mythology is the study of old, meaningless and untrue stories. Some people, repelled by the myths’ more incredible elements and contradictions, see them as fabrications to be discarded because we like to think that we are too “sophisticated” to believe in something so ridiculous. But mythology’s enduring worth is never in its possible historical or scientific accuracy. When recitals of data and observable facts miss the point completely, some things can be dealt with adequately only in poetry or mythology. Love, hate, empathy, aversion, hunger, greed, altruism and all the other positive and negative aspects of being human are also facts. To ignore them by putting everything into numbers is to treat people as insensate objects and their lives as mechanical conditioned responses. This is a statistical perspective and it is as much a distortion of reality as any other limited point of view.

Every culture’s pantheon of mythical characters was the family into which every person of that culture was born, as these creatures were as familiar as their parents, grandparents or siblings. Therefore, a myth is also not a simple proposition that can be judged as true or false. Rather, a myth attempts to make sense of our perceptions and feelings within our experience of the world in a narrative format long before art, language or the written word.

Of course, there are certainly many aspects of myths are not literally true. However, we understand the stories about the Greek gods because they share some of our emotions and ambitions – two things we cannot measure even if we tried. The stories of Icarus, for example, resonates with us because we have all experienced within ourselves tendencies to fly too high or to force things only to crash and burn. Although no myth can completely represent all of human experience as human experience is so multidimensional and varied, a myth still captures some important aspects of the domain of human experience which it is meant to represent. It is like a map which captures only important features of the terrain but not every detail of the terrain it represents. Just like looking at maps, we learn through imagination, as we feel and visualize the colorful adventures of the deities or heroes. Although mythology is not a literal description of a culture’s history, we can still use myths to explore the culture itself and address some of our fundamental and difficult questions that human beings ask – who am I, where did I come from, why am I here, how did it all begin?

Truthfully, human beings are never meant to be totally rational. We therefore crave a bit of mystery to counter our apparent understanding and mastery of the world.  To lend this comfort of mystery, humanity have had deities for many aspects of life. The Egyptians had more than 2000 deities while the Hindus have 333 million. The Irish honored both the goddess of rivers (Boann) and the goddess of the Lagan River (Logia). There are deities for cities (such as Athena for Athens), mountains (Gauri-Sankar for Mount Everest), lakes, tribes, plant species, temples, constellations, and many more. Deities governed not only major phenomena such as agriculture, love or the sun, but also such common matters as leisure, the kitchen stove, politics, prostitution, singing, doors, virginity, gambling, drunkenness and the toilet. Deities have governed virtually every possible activity, object and emotion, lending a bit of their magic into what would have been rather mundane and tedious interactions.

Myths also bring out our sense of protectiveness. Mistakes in relating mythological stories may meet with sneers or even anger. Much like a family member being misunderstood or criticized, we stand by our myth because we know that it is our root, the culture from where we came.

Like the lack of sense of family or community, a lack of myths can cause a sense of meaninglessness, estrangement and cold brittleness of a life devoid of reverence and awe. As myths are necessary, and we neglected to preserve most of the ancient ones, our modern society develops its own myths. Now our “modern” myths seem to rest on certain concepts (such as “progress” or “freedom”) and in larger-than-life celebrities. The media enlarges certain people to mythical proportions and we project the “hero” archetype onto other people. We revered Mother Teresa for her compassion and Albert Einstein for his intellect. Marilyn Monroe was a “screen goddess” with the alluring qualities of Aphrodite while Muhammad Ali called on the aggression of Ares when he stepped into the boxing ring. Through all these reverence, we somewhat conveniently leave out the fact that Albert Einstein failed every exams he had ever attempted in his school days, Marilyn Monroe was ultimately a lonely figure and Muhammad Ali was a peaceful man off the ring – in short, they were all human: complicated, vulnerable and fragile. But to understand and relate to them, we amplify aspects of them that are easiest for us to understand.

There is a myth in every group and our mythology changes as our culture changes. We each have our own mythology which we create. We have things and people which are important and valued to us personally. We are heroes in our “mythical journeys” by which we romanticize our various passages through life. The truly satisfying and exciting myths are those which arise from our own passions and our own visions. It just so happens that those myths have existed since the ancient times one way or the other.