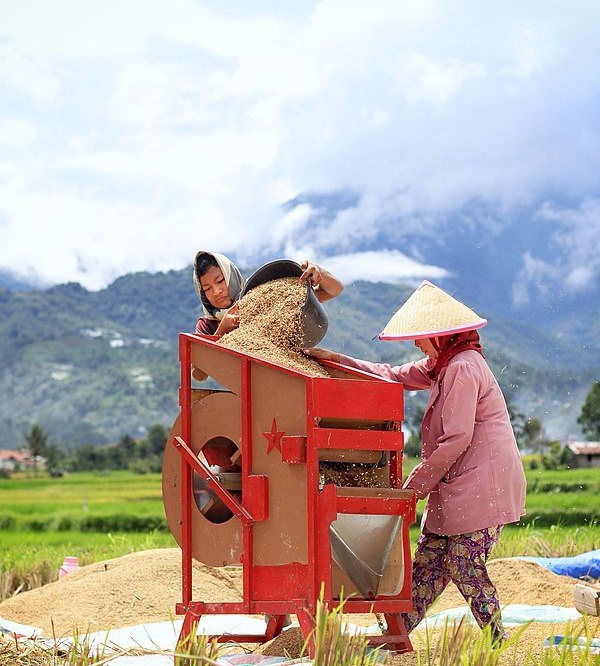 For centuries, rice has been a staple diet and plays an important role in Asian culture. Although rice farmers have found their lives to become more difficult due to climate change, Bloomberg states in 2016 that 16 million people still farm rice in Thailand alone. Commemorating the beginning of the rice growing season with an annual Royal Plowing Ceremony in the month of May is an ancient tradition for countries such as Thailand, Cambodia and Sri Langka among others. Some of the duties of the Emperor of Japan as chief Shinto priest is the ritual planting of the first rice seeds on the grounds of the Tokyo Imperial Palace as well as performing the first harvest ritual. Rice fields in Asia are generally protected by goddesses.

Although these goddesses, as well as their many variations of legends, may be overshadowed by the famous Demeter, the Greek goddess of the harvest, they exhibit many of the elements of Demeter’s characteristics. They all journeyed to the underworld in one way or another. They also resembles Demeter in their association with snakes, fertility and motherhood. In 1849, German Classicist Eduard Gerhard speculated that the various goddesses found in ancient Greek paganism (including Demeter herself) had been representations of a singular goddess who had been worshipped far further back into prehistory – associating this deity particularly with the concept of Mother Earth. Evidently, the influence of the Mother Goddess reached further than ancient Greece.

The story of Dewi Sri also takes her to the three realms of heaven, earth and the underworld. Dewi Sri is ancient goddess of rice and fertility even before the Hindu and Islamic era of Indonesia. Despite her mythology being native to the island of Java, after the adoption of Hinduism in Java as early as the first century CE, Dewi Sri became associated with the Hindu goddess Lakshmi, the goddess of prosperity.