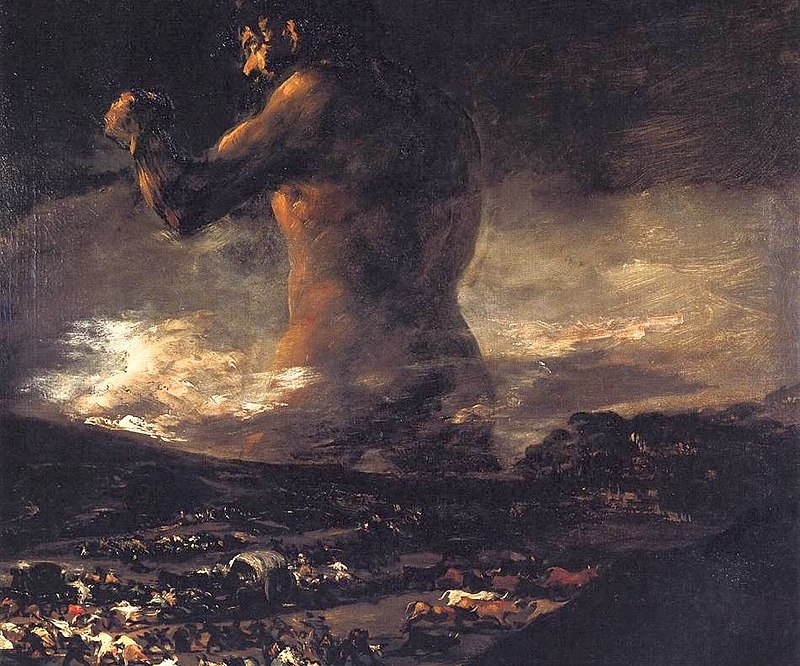 There is one report of contact with a yeti that differs from all the others. It was made by a European army captain who said that in 1938 he was stumbling around alone and snowblind in the Himalayas and was saved from dying of exposure by a nine-foot tall creature that, according to one report of the incident, “resembled a prehistoric human being”. The creature carried the captain several miles to shelter and for the next few days provided food for him until he was well enough to continue his travels. It is not clear what the captain thought a prehistoric human being was supposed to look like, but being nine feet tall must have struck even the military mentality as not being in accordance with the usual specifications. Altruism is very rare in the animal kingdom, and we have not been able to find any cases, anywhere, of interspecies altruism, so if the captain’s report has any physical basis at all then he would seem to have encountered either some relative of the chuchunaa that was far outside its normal territory, or a humanoid giant. Most giants look just like very big ordinary people, which would fit the captain’s experience. (It is also possible that the incident was the hallucination of a man under extreme stress.)

Ignoring the case of normal human beings of gigantic physical size (usually a hormonal abnormality), there are two types of giants – large non-human physical giants in the material world (these are the ones that occur in fairy tales, and stories like the captain’s are the only indication that such beings might exist), and spiritual giants. There are several types of spiritual giants – for example, the cyclops Polyphemus in Homer’s Odysess had only one eye, in the middle of his forehead, and some may have one or two horns on their heads. Such variants are characteristics of different races of djinns.

Most European giants are represented as being evil and cruel. The term “giant” and the reputation for cruelty derives  from the Gigantes of Greek mythology, who were savage creatures with men’s bodies and serpentine legs.

According to Hesiod, they were children of Gaia and Uranus, born from the blood of Uranus after he had been castrated by his son Cronus. In a war between the Gigantes and the gods of Olympus, called the Gigantomachy, the gods prevailed and the giants were slain or restrained.

In Norse mythology also the giants were created by an earlier generation of gods and vanquished by a later generation, as in the Greek version. In the traditions of some North American Indians, giants were said to be the first race of people on Earth. Nile-Oxus traditions preserved in Islam also say that the djinns are an earlier race, created before human beings.

The age of giants most often ends in a gigantomachy and later ages have interpreted and re-interpreted this in various ways to suit the needs of their own times. The most common is as a symbol of the triumph of good over evil, Christianity over paganism, Islam over whatever, or civilization over barbarism.

Often also some of the giants were (and in some places, still are) said to be alive but buried under high mountains where they indicate their presence by volcanic fires and earthquakes. They are sometimes specifically identified as djinns, so it would make sense that they are linked with volcanoes since the djinn were created out of fire just as humans were created out of clay. Largely due to the influence of Christianity the djinn and buried giants are usually identified as “Earth spirits” by academics. In Norse tradition there are also ice giants or frost giants – again placing giants as powers of the Earth. The advantage of this identification is that the term “earth spirit” sounds very specific, so nobody ever questions it, and it is therefore an effective disguise for the fact that the academics don’t know what they are talking about. They are analysing and studying myths and folk tales – which is rather like listening to gossip – rather than studying actual djinns and giants, because they have the assumption peculiar to Euroamerican culture that such beings do not exist.

Giants in mythology are more or less semi-divine beings, or at least spiritual beings, and in the oldest mythologies they were considered to be almost immortal. In fact they are always mortal, though long-lived like the djinn, and hence can be overcome by humans.

There are also some tales about good kindly giants, and one usually finds that such giants have accepted conversion to the new religion or culture. Good giants are much less common than evil ones.

Famous European giants include Gog and Magog who were captured in Cornwall. Cormoran and Blunderbore were defeated by Jack the Giant Killer. Gayant in Douai, in France, was about 6 metres tall. Druon Antigonus in Antwerp is represented as being about 10 metres tall. There is also the cyclops Polyphemus who was blinded by Odysseus, though Polyphemus was definitely a djin. Since heroes cannot match giants in strength, they usually overcome them by wit and cunning. Odysseus’ treatment of Polyphemus is typical of most such tales. It is also very common for the hero to marry the giant’s daughter (female djinns can be very beautiful) – the power of the giants thus coming into the service of the hero.

Giants are quite real but most of them seem to be spiritual beings, probably djinns, so they do not have tangible material bodies. Apart from their size, the only thing all tales of giants have in common is that there is no material evidence to support them. Stories such as that of the army captain in the Himalayas may refer to numinous beings – somewhere in between the physical and spiritual – with the spiritual giant manifesting in the material world to function (in this case) like a guardian angel. Of course, they can also function like demons. So they are not imaginary material beings, but real spiritual ones, just as dragons are real spiritual animals. The simplest and most reasonable interpretation is that they are related to the djinns.

This is an excerpt of HORATIO’S WORLD. Now available on Amazon.