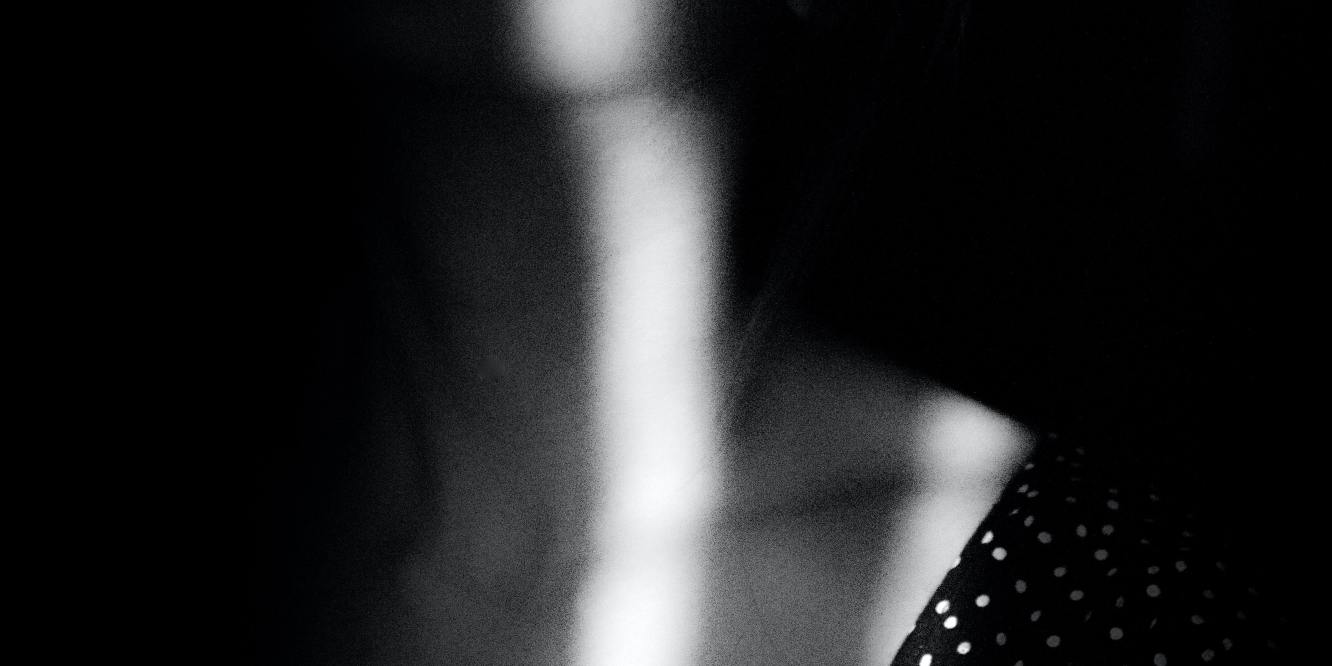 Fredegund (545 – 597 CE), the queen consort of Chilperic I – the Merovingian Frankish king of Soissons, has a reputation of being one of the most bloodthirsty and sadistic women in history. Accounts by Gregory, the Bishop of Tours (539 – 594 CE), depict her as a murderous lady who achieved power through her husband and used it to keep his kingdom in a state of war for more than forty years. She was also known as an early exponent of dirty warfare who relied heavily on poison and other covert operations

However, this same lady also survived political dangers and retained her husband’s loyalty despite the fact that, for a long time, she was unable to provide him with healthy sons. Fredegund also developed innovative methods of assassination and was evidently compelling enough to persuade even monks and priests to join her causes. She was honored by her husband, accumulated great fortunes, put her son on his throne, and died a natural death. After her death, her son later honored her by punishing her enemies.

Fredegund was a servant of Chilperic’s first wife Audovera. After Fredegund won Chilperic’s affection, she persuaded him to put Audovera in a convent and divorce her although Audovera had borne him three sons. To put this feat in context it is worth remembering what kind of woman Fredegund would have been up against. Fredegund would have been little more than a concubine at the time, while Audovera was a Merovingian queen who traditionally was able to acquire political authority independent of that exercised by the king. The queen could issue donations and privileges,  receive officials, as well as influence elections and draw upon the treasury to build a network of political loyalties. Audovera would have had plenty of time and resources to organize allies who could have opposed her political eclipse by a young concubine. Nevertheless, Audovera was eclipsed and virtually dropped out of the dynasty’s history once Fredegund became the center of the court.

However, Fredegund still had to wait to marry her king. In 567, Chilperic  married Galswinth, the older sister of Brunhild, queen of Metz through her own marriage to Chilperic’s brother, King Sigbert. Gregory of Tour’s account says that the marriage was a happy one due to Galswinth’s large dowry. Further, as Galswinth and Brunhild were from the royal family of Visigothic Spain, a second marriage to a second Frankish king would have been a meticulously negotiated diplomatic event which would have greatly influenced Europe. Fredegund would still have been a concubine at the time of Chilperic’s second marriage, or temporarily repudiated, until shortly after the wedding when Chilperic found Galswinth dead – strangled in bed. Within days, according to Gregory, Fredegund was back into the King’s bed.

To expand his territories, Chilperic later waged war on his brother Sigebert in 573. Unfortunately, Chilperic and was losing badly. Just as Sigebert’s army was raising him triumphantly on their shields, Fredegund had her agents hack Sigebert and his chamberlains to death with poisoned axes. Fredegund’s talent for arranging assassinations would have made her a political asset to Chilperic. Brunhild, Sigebert’s widow, was not to be outdone in her strategic skills. She married Merovech, the second son of Chilperic and Audovera, and began plotting with him to take over the kingdoms of Soissons and Metz. However, Fredegund contracted a secret alliance with Duke Guntram Boso of Metz, an enemy of Chilperic’s. Guntram was able to win Merovech’s confidence and lure him out of sanctuary. Merovech was then imprisoned, and Chilperic later accepted that he somehow stabbed himself to death.

Fredegund’s devotion to her kingdom did not come without a price. Even highborn queens needed to have sons in the line of succession. Gregory claimed that, Sigebert besieged them, Fredegund believed that she was dying from complications of childbirth when she bore Samson to Chilperic. Therefore, Fredegund wanted to have an abortion as she presumed that she would be dead and therefore unable to protect her son from being used as a pawn by Sigebert and Chilperic. Chilperic refused and had Samson baptized. Samson died shortly before his fifth birthday.

Fredegund bore another son, Theuderic, who died in infancy. Told by her informers that her son had been killed by witchcraft by her old enemy, Mummolus the Prefect, Fredegund had a large number of Parisian wives tortured until they admitted that they were witches who had associated with Mummolus. The women and Mommulus underwent a large variety of punishments from beheading, burned alive to being tortured to death.

Being a strong woman in the public eye, Fredegund have had to contend with people intent on destroying her reputation. Although, in his poetry addressed to Chilperic, Venantius Fortunatus described Fredegund as an important aide to Chilperic and ascribed the prosperity of the royal house to her, Count Leudast spread the rumor that Fredegund was having an affair with Bertram, the bishop of Bordeaux, and the Liber Historiae Francorum claimed that Fredegund had Chilperic assassinated in 584 because he had caught on to her affair with his mayor of the palace.

After the death of Chilperic, Fredegund’s situation became very dangerous. Along with her personal treasury and her infant son, Chlothar, she sought sanctuary in the cathedral at Pari and sent a message to Chilperic’s brother King Guntram, asking him to protect her and her son. King Childebert, son of Sigebert and Brunhild, sent emissaries with to Guntram to hand over Fredegund, “the murderess”, for her crimes against his family. Guntram demonstrated the importance of having sons of royal blood to a woman without powerful family to protect her when he said, “she has a king as her son. She therefore cannot be surrendered.”

Guntram later sent Fredegund and Chlothar off to a manor near Rouen, where they were placed under the care of Bishop Melanius. There, Fredegund was able to set up a government under the infant Chlothar. While she was there, Fredegund persuaded her household cleric to an assassination attempt on Brunhild. Brunhild’s agents caught the cleric and sent him back to Fredegund with his hands and feet cut off. Not giving up, Fredegund sent two more clerics armed with poisonous swords after both Brunhild and King Childebert. The two clerics were also caught and later tortured, mutilated, and killed.

While attending the church in Rouen, Fredegund had a hostile encounter with an old enemy, Bishop Praetextatus who lectured her on her behavior. She had him stabbed while he said Easter Mass. When a local leader came to call on her and told her that she had gone too far, Fredegund cheerfully offered him a poisoned drink which killed him within the hour.

However, Fredegund was not without compassion. When a blood feud between two large families in Tournai became a hazard to public safety, she warned them to stop as the local peasants were greatly affected by the warring factions, their lands being ravaged and their property pillaged regularly. When the two families did not listen to her warning, she invited them to a dinner of reconciliation where she had them beheaded by axemen – Problem solved.

Fredegund participated in the ceremony of her son’s baptism which has been delayed long past his infancy. She then replaced the men around Chlothar to become regent herself although she still left Guntram as Chlothar’s godfather and protector. In 593, Guntram died and left his kingdom to King Childebert, leading to a war between the two surviving royal families. The Liber Historiae Francorum claims that Fredegund took to the field herself. Though Childebert’s death in 595 left Brunhild vulnerable, Fredegund’s own death in 597 deprived her of enjoying her victory. Later, her son Chlothar reunited all of Francia and celebrated his victory by having the now elderly Brunhild tied to horses and dragged to death in memory of his mother.

The most complete account of Fredegund’s life comes from Gregory of Tour’s writings. However, Gregory himself had a tense relationship with Chilperic and Fredegund during the years that Chilperic held Tours. After hearing rumours that the Bishop of Tours had slandered his wife, Fredegund, Chilperic had Gregory arrested and tried for treason—a charge which threatened both Gregory’s position as a bishop and his life. His subsequent pardon would have only served to humiliate him further.

Although Gregory wrote an eloquent passage in Historia Francorum summing up Chilperic’s character unsympathetically in the closing chapter of book VI, he reserved his most complete and vicious attacks on Fredegund. Although Chilperic was also guilty of many of Fredegund’s actions, as he had also taken part in most of them, Chilperic also had additional crimes listed by Gregory which includes several other murders and unnecessary brutality. However, unlike other times and places where women were kept away from the public view, in the Merovingian society, the contribution of women to family honor were made in the public arena – much like the men. This especially applied for queens who would have been in the public eye a lot more than regular women. Due to his position of Bishop within the Catholic Church, Gregory might not be well disposed towards powerful women modeled by Fredegund. Besides Fredegund’s prominent public role, the Church as a general rule did not approve of many of the Frankish laws.

Within Merovingian society, the concept of male and female responsibilities was not as rigidly partitioned. Instead, the demarcation line was seen more between social classes than gender. Therefore, violence committed by women were not considered as exceptional as they were part of the Merovingian aristocratic code of honor that was used within the ruling class regardless of the gender. In fact, other women within Merovingian society were often just as concerned with revenge as Fredegund. On her deathbed, King Guntram’s wife asked him to kill the two doctors who had failed to save her life. After her death, Guntram had their heads cut off to honor her dying wish.

With this type of behavior being considered “normal” for the ruling families, we can begin to see the context of Fredegund’s behavior. While it is easy to see everything that Fredegund did in order to secure her position as cruel compared to the deeds of males in power, she did no more or less than many of them has done to secure their own rule and therefore, although not pleasing to a bishop, their own safety. In fact, being a royal widow of low birth, it would have been more important for Fredegund’s safety to be viewed as formidable by nipping any signs of disrespect towards her in the bud when possible.

The early Merovingian era stands out in the period where aggressiveness and female violence in particular was unusually well recorded. Pactus Legis Salicae, which is relatively free of Christian influences, described violence as being certainly embedded in the daily lives of the Merovingian and represented one of the most effective ways of demonstrating one’s power. However, this does not necessarily mean that this period was intrinsically more violent than any other periods in history. The presence or absence of female violence in the early medieval texts seems to be due more on the ideological stances of the authors than the reality of life at the time – the Merovingian authors’ emphasis on female violence, therefore, can be somewhat explained by the lack of a crystallized gender ideology.

Fredegund, at least, had proven to be a good mother to her surviving son. The Chronicle of Fredegar described Fredegund’s son Chlothar as strong-minded, well-read, kind and pious. The same chronicle regarded his respect to his mother and women as his main failing, commenting that he “took too much notice” of the views of women. Christine de Pizan, writing about 800 years after Fredegund’s death, has a different view of Fredegund. Writing in the early fifteenth century de Pizan stated that, with great skill Fredegund governed the kingdom of France which found itself at this time in very great unrest and danger.