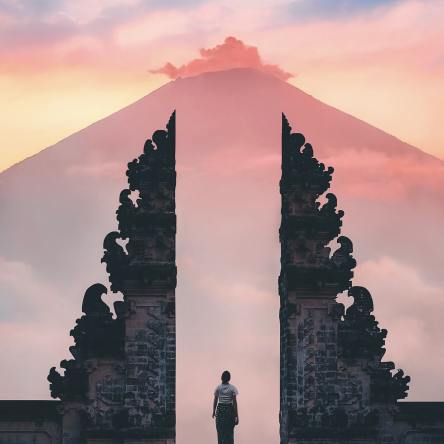 The picture of a powerful empire politically and culturally dominating the whole of the Indonesian Archipelago is attached to the “Golden Age” of Majapahit in the fourteenth century. It was the time of the famous poets Prapafica and Tantular, and of the sculptors of reliefs that have been preserved on the Surawana, Tigawangi and Kedaton temples. The two men largely credited for this success are the great king Hayam Wuruk (1350-1389 CE) and the prime minister Gajah Mada—both their names and likenesses are still venerated in the region today. Gajah Mada especially is credited with bringing the empire to its peak of glory and serves as an important national hero in modern Indonesia—a symbol of patriotism and national unity. However, paving the way for the two heroes was a woman