At the beginning of this cycle of time, the Great Spirit divided the people of the world into five groups, giving each of them a different color. To each he gave specific teachings, and to each he gave a specific task. He then sent four of the groups out in four different directions in the world. Cautioning them that one group can never exist alone, the Great Spirit instructed that, when they came back together again, the five groups were to share their teachings and what they had learned in carrying out their tasks. 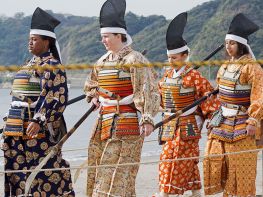 The task of the black people was to learn about the Earth – how things grow, foods that are good to eat, plants that heal. They would be able to teach others about survival and endurance.

The task of the yellow people was to learn about water – the most humble, yet most powerful of the elements and strongly linked to our human emotions. Through their own difficulties, they would be able to teach others how to adapt to life’s unpredictable circumstances. 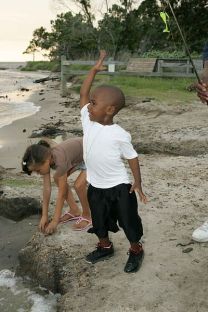 The task of the red people was to learn about wind – breath and animal life, air, the sky and everything within and above it. From this, they would learn about change, stability and motivation, then share their knowledge with others.

The task of the white people was to learn about fire – action and movement, consuming and changing all it touches, typified by strong mind and will. From this, they would learn, and later teach others, about moderation as well as humility to give and accept help.

The task of the brown people was to learn about their own nature as human beings – brown being the union of the four other colors. From this, they would understand and share the nature and power of love.

So the people went out and studied all the matters as they had been instructed, but they were very slow learners and it took a very long time. By the time they began to meet again, they had forgotten the instruction to teach and share what they had learned. They had forgotten that they each had only a part of the human experience and that they still had to learn the other parts from each other.

This story is based on some Native American teachings and a few inputs from Asian traditions.

This is a retelling of an excerpt from Time Maps: History, Prehistory and Biological Evolution, by Dr. R.K Fisher and Martini Fisher. The book is available in Amazon and in bookstores. To get your copy, click here. 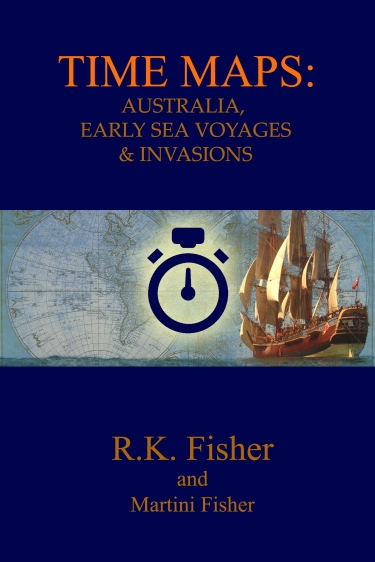 The second volume of “Time Maps” by Dr. R.K Fisher and myself is now available through Amazon. Press this link to get your copy.

“At least 10,000 years ago the Koori knew enough about aerodynamic flight and torque to be able to design and build such sophisticated instruments as returning boomerangs.”

Dr. R.K. Fisher and Martini Fisher re-discover humanity from the very beginning. Following “Time Maps: History, Prehistory and Biological Evolution”, “Time Maps: Australia, Early Sea Travels and Invasions” discusses evidences of early people and sea travels – discovering that, despite the modern invention of the internet, we are not more “connected” than our ancestors.

Written with a Mathematician’s precision and a Historian’s curiosity, Time Maps covers over millennia worth of developments & impacts of civilizations, migrations, leaders and continents. Illuminating concepts of societies, dynasties, heroes, kings and eras through incisive and thorough research, looking at ideas, theories & world views with a sense of wonder and delight.