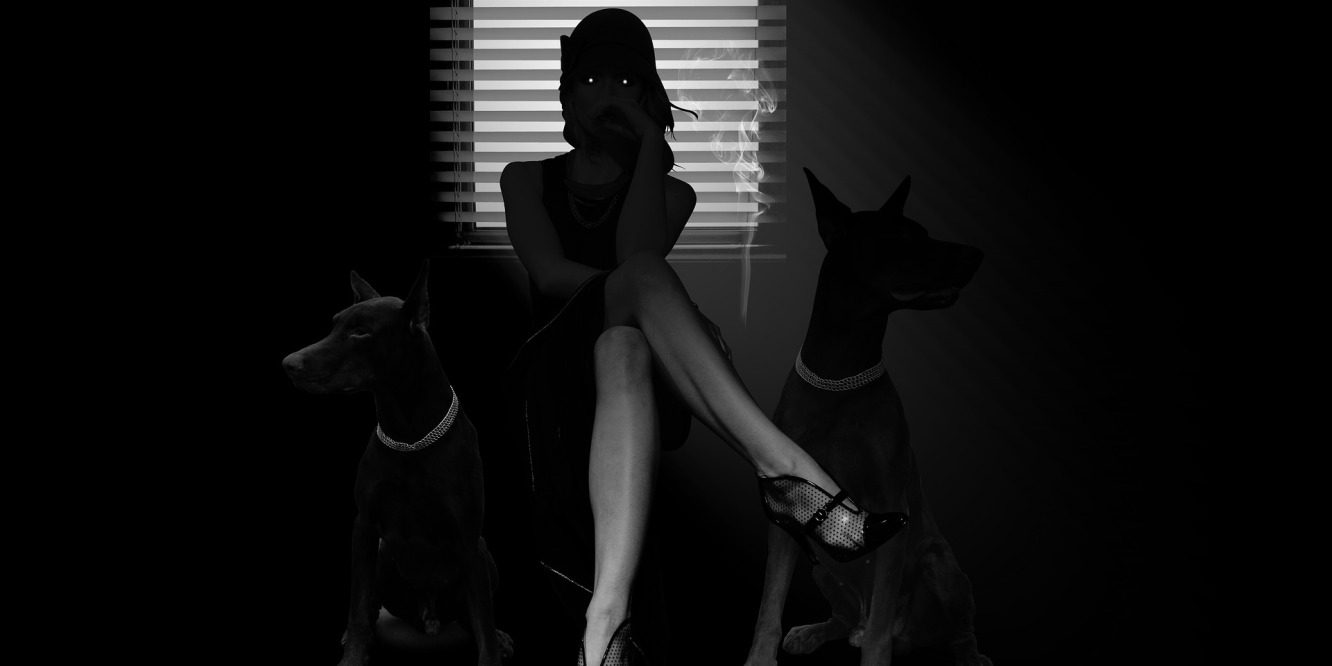 Although this month I have spoken about the Ancient Greek femme fatales starting from the sirens to Aphrodite herself, the trope did not stop there. We can also find an example in the Gospel of Matthew (14:6–9), “… on Herod’s birthday, the daughter of Herodias (Salome) danced before them: and pleased Herod. Whereupon he promised with an oath, to give her whatsoever she would ask of him. But she being instructed before by her mother, said: Give me here in a dish the head of John the Baptist. And the king was struck sad: yet because of his oath, and for them that sat with him at table, he commanded it to be given. And he sent, and beheaded John in the prison.”

The independent and mysterious women that I have spoken about this month evolved to what we know as a “femme fatale” who often portrayed as a seductress, even to the point of having some sort of mystical power as an enchantress. She is a stock character of a mysterious and seductive woman whose charms ensnare her lovers, often leading them into compromising, dangerous and deadly situations. Her ability to enchant and hypnotise her victim with a spell was in the earliest stories seen as being literally supernatural as who could even imagine the all-powerful hero succumb into an embrace of a “normal” woman? Hence, the femme fatale today is still often described as having a power akin to an enchantress, vampire, witch or demon to actually have power over men.

The femme fatale achieves her hidden purpose by using feminine wiles such as beauty, charm and sexual allure. One of the most common traits of the femme fatale includes promiscuity and the “rejection of motherhood”. However, as proven by Aphrodite, a woman can be a femme fatale and a mother. It is just that motherhood does not seem to take the centre stage of her life as she goes about in her adventures and interests. This is seen as one of her most threatening qualities since “by denying his immortality and his posterity, it leads to the ultimate destruction of the male.” Again, this quality of the femme fatale that leads to the ultimate destruction of the male leaves some room for questions as, often, the femme fatale is not the one who made the first move and pursues the male. It was the male who came to her island, eat her food and erected temples in her name. So was it not the man’s desires that led to his own destruction? Another illustration of this is presented to us by the story of Shiva and Mohini.

In Hindu mythology, Mohini, a goddess who is the only female avatar of the Hindu god Vishnu, is portrayed as a femme fatale, an enchantress who maddens lovers and leads them to their doom. She is worshipped throughout Indian culture, especially in Western India where temples are devoted to her depicted as Mahalasa, the consort of Khandoba, a regional avatar of Shiva.

In the southern version of the Bhagavata Purana, after Vishnu deceives the demons by his Mohini form, Shiva sees Mohini for the first time. Shiva is overcome by Kama (love and desire), becomes “bereft of shame and robbed by her of good sense.” He runs crazily behind enchanting form, while his wife Parvati looks on.

The Tripurarahasya, a south Indian Shakta text, says that when Shiva wishes to see Vishnu’s Mohini form again, Vishnu fears that he may be burned to ashes like Kamadeva by the supreme ascetic Shiva. So, Vishnu prays to goddess Tripura, who grants half of her beauty to Vishnu, begetting the Mohini-form. As Shiva touches Mohini, his energy spills from his eyes, indicating a loss of the merit gained through of all his austerities.

In the Brahmanda Purana when the wandering sage Narada tells Shiva about Vishnu’s Mohini form that deluded the demons, Shiva dismisses him. Shiva and his wife Parvati go to Vishnu’s home. Shiva asks him to take on the Mohini form again so he can see the actual transformation for himself. Vishnu again meditates on the Goddess of Shri Lalita Mahatripurasundari and transforms himself into Mohini. Again, overcome by desire, Shiva embraces Mohini to discharge his seed from his eyes which falls on the ground leading to the birth the god Maha-Shasta (“The Great Teacher”). Mohini disappears, while Shiva returns home with Parvati.

Although the concept of an enchantress is nothing new, the real concept started to take off during the Middle Ages. As the Middle Ages often villified female sexuality, it comes as no surprise that they would make the enchantress characters act as a warning to men. Also in the Middle Ages, Eve and the Celtic legend of Morgan La Fay became popularized as the beautiful dangerous women. It was about this time also that people started to see femme fatales as slightly paranormal in nature.

In American early 20th century films, femme fatale characters were referred to as ”vamps”. This is thanks to actor Robert Vignola who created the first “vamp” movie based on a Rudyard Kipling poem by the same name. The “vamp,” in this case was about a femme fatale who acted almost like a sexual vampire.

Despite Circe and Calypso being descrbed as “braided haired” goddesses, there was no real “dress code” for femme fatales until after the beginning of the 20th century where femme fatales embraced the look of women who are dressed all in black, with striking red lipstick. The standard red lipstick likely began with ancient Roman prostitutes who were required by law to wear blonde wigs and red pipsticks in public to advertise the fact that they were prostitutes and, therefore not looking for a husand. Around the same time in ancient Egypt, the red lipstick was a symbol of status and power for both men and women. .

The red lipstick resurfaced in America in the 1900s, as the women’s suffrage movement advanced and women embraced lipstick as a symbol of feminine identity and defiant empowerment.

One Reply to “Charm of the Ancient Enchantress: The Evolution of the Dangerous Woman”